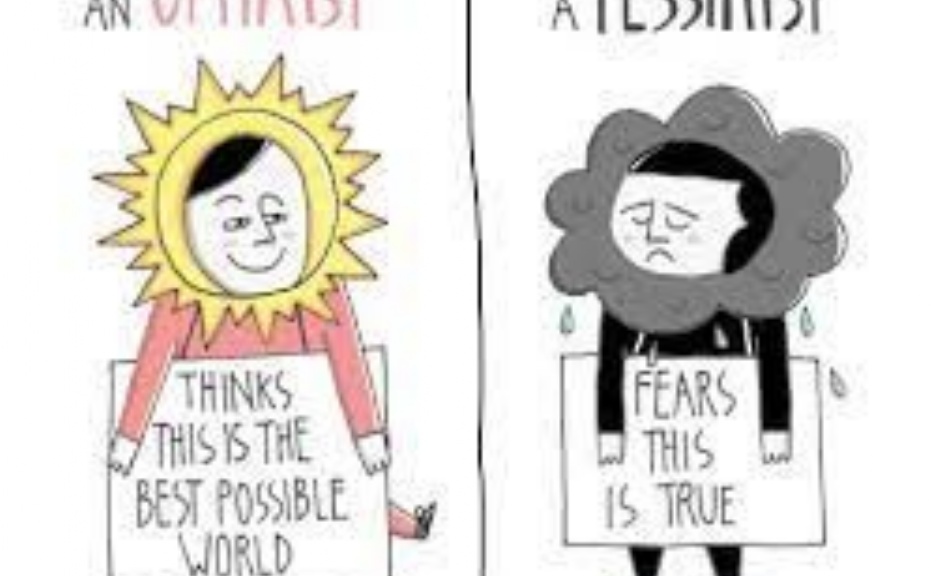 Last week I talked about the benefits of optimistic bias. A lot of my words are based on the work of Tali Sharot, Professor of cognitive neuroscience in the department of Experimental Psychology at University College London. Her work has revealed these benefits, but also highlights problems.

Some time later, the same participants were asked the same questions. Exactly the same question. Those that had been too high the previous time mostly answered correctly - 30%. Those that had underestimated replied with an average score of 11%. Curious? The same question and the same information had been provided. This showed that the overly pessimistic individual changed their views based on new information. Yet, those with an overly optimistic idea of the likelihood of becoming ill didn't really change their thoughts, even when provided with the correct information.

Dr Sharot was intrigued by this, and carried out further work (please do watch her TED talk if you want to see). She was able to prove that the brain processes information differently if it is improving an individual's position or if it is pushing back against optimistic bias. This explains why people smoke or indulge in other risks, even when they know what the risk is and how high. 'It will happen, but to someone else'.

So, optimistic bias is very helpful, especially in dealing with difficulties and with seeing failure as a stepping stone. But it can also prevent us from following the evidence in front of us, on taking a more realistic view of things when we really should be doing so.

As Dr Sharot says, probably the solution is to find the middle ground - optimistic about mindsets and attitudes, but realistic in listening to others and factually accurate information.

Trying to do this, especially around exams, is just the right time - yet it is not simple. Our boys must be realistic about their results and what that means, but also optimistic about how to improve and where their upwards trajectory will take them.

Summer is here and holidays not far away.  Enjoy.