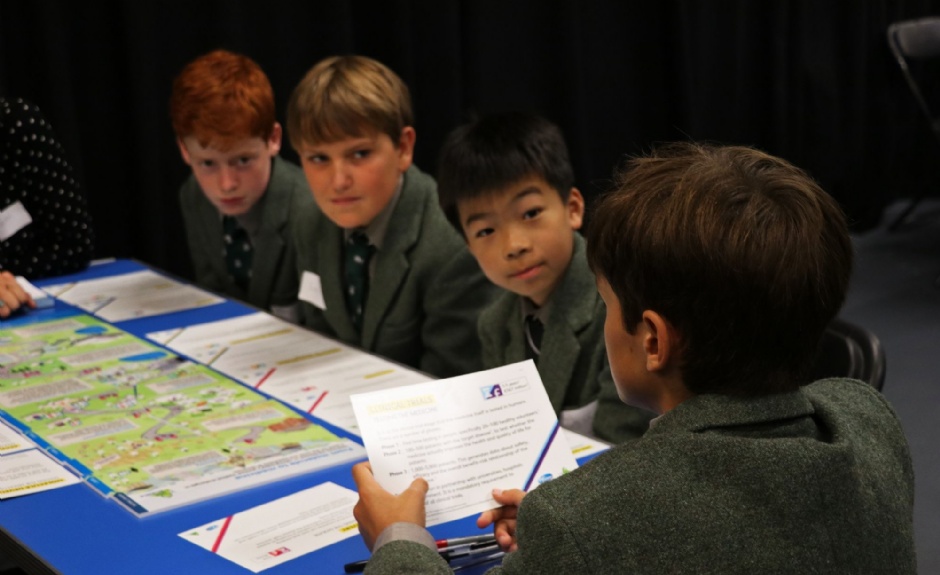 Science in a box at the Winchester Science Centre

On Tuesday, 8S were invited to take part in a STEM outreach day run by Pfizer UK at the Winchester Science Centre. In the morning, our boys worked as a group with pupils from Perins School to complete a timeline from disease recognition to drug production. The boys were encouraged to appreciate the decision making process from drug discovery to market. In the afternoon session, Pilgrims’ collaborated with Perins in small groups in a ‘Dragons Den’ task. They were given a selection of made-up ‘diseases’ such as achy-breaky heart disease, wild fire fever, takeyourbreathaway syndrome, and crazy chromosome complex.  They had to choose one to focus on when investing in the development of a drug for its treatment. This involved justification of cost based on impact, profit, and prevalence of the disease.

Our boys were heavily involved in presenting their ‘pitches’ to the Pfizer Dragons, and did so with confidence, clarity, and authority, derived from successful collaborative work alongside their peers from Perins. The combined efforts of the two schools impressed the Dragons and everyone in the room.

The final activity of the afternoon was a sort of speed networking opportunity when the boys were able to talk to the Dragons who revealed themselves to be part of Pfizer UK’s senior management. Pupils had the opportunity to ask questions about their jobs: what they enjoyed and did not enjoy, what routes they followed to get where they are, and anything else they were interested in knowing.

The day was a great success. It provided interesting challenges and motivation for continued hard work in science. The feedback from the boys was “inspiring”, “challenging”, "interesting" and “fun!”.