Leaders of the pack!

This Cub way of getting the group together isn’t as noisy as it might imply, but involves forming into a neat semi-circle and affirming together: "We will do our best". 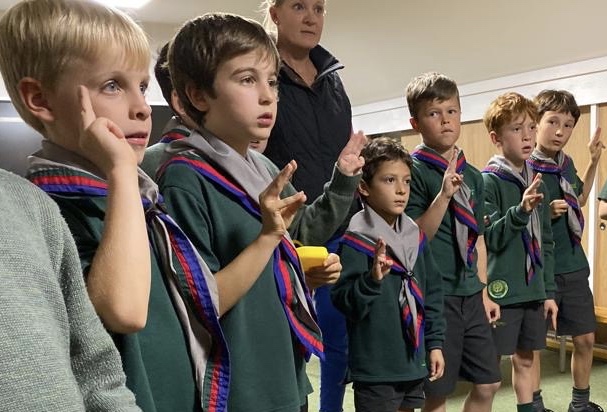 Each new joiner read out the Cub Scout Promise and received their special red, blue and green 4th Winchester necker. Welcome, and well done to them all.

Earlier in the session, the boys worked on their Digital Maker badge. Using a pre-loaded app on school iPads the boys created mini-films, which were later screened to a delighted audience of parents. What made the boys and the parents laugh were often two very different things, but all were delighted with the power of the same materials – namely some playdough, a big box of Lego, and the power of the imagination. Mr Spielberg, look to your laurels.