Last Saturday, the Scouts went on the infamous night hike: a gruelling 12km (7 ½ miles) trek across the barren wastelands of southern Hampshire.

Obviously, it was raining. We were two groups, setting off at 7:30am and 8:30am. The hike began along a thin track, which quickly became mostly submerged in muddy rainwater, and the route continued predominantly like this until we reached the so-called “via point”. This was a relief as it proved that we were not lost. After a short activity, we moved on down the track and trekked for about 2km (1¼ miles) along yet more muddy tracks, to Base 1. Here there was an activity that involved hooking up our smallest group member to a rope and pulling him from side to side as he picked up “asteroids”. Then off down the track, which was fast becoming a small river system. 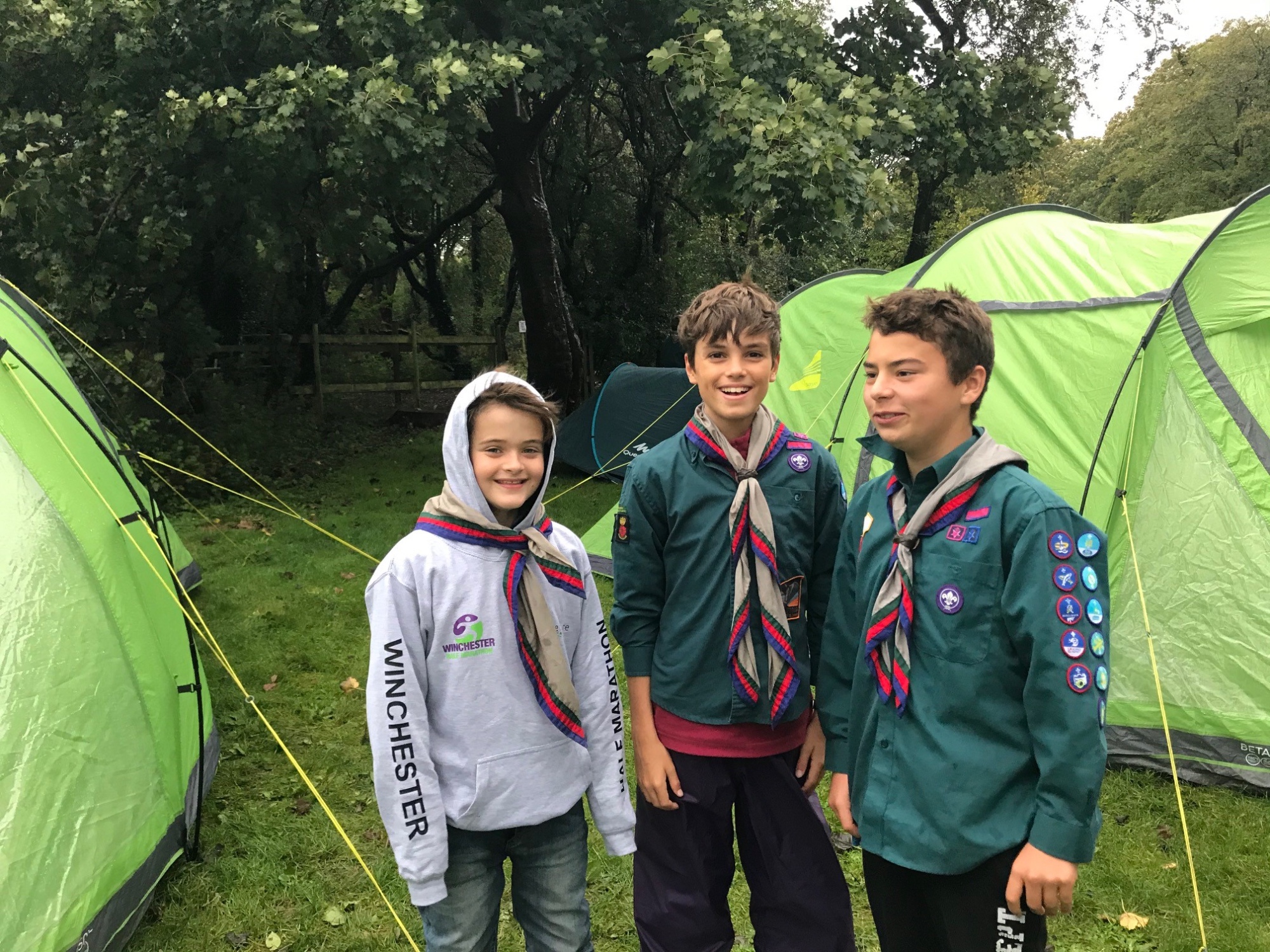 At Base 2 we had to fly a stomp rocket to the moon, and I think that if any of us want to work for NASA then we will have to hone our skills a little. Then we set off again, this time down the road, to Base 3 where we were given much-appreciated soup and hot chocolate. The only downside was that there weren’t enough chairs! Then for the penultimate leg where we had an unnerving experience at a monument in the fog: it felt like a horror movie.

Finally, we reached Base four, where we failed at blindfolded nerf gun shooting, and then we began the final leg. By this point we were becoming increasingly weary, so we raised our spirits with singing. We narrowly beat the group behind us to the minibus station, and after a short ride we had a much needed and well-earned sleep (in a tent). All in all, it was good fun, and it will be looked forward to next year.

Huge thanks to Scout leaders Tara and Tracy.