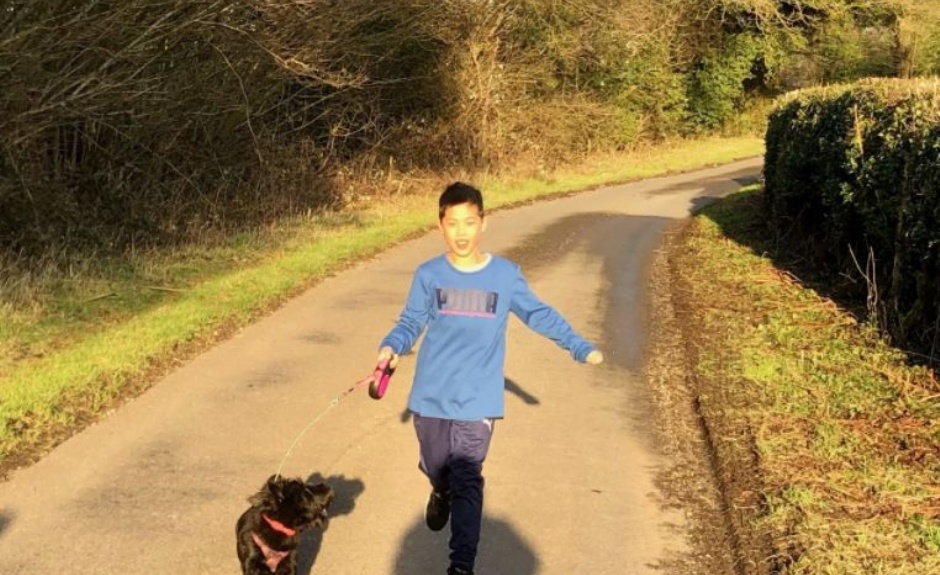 Without the referee, it would not have been possible to play.  ‘We lost but it looked like we enjoyed playing,’ or ‘Don’t worry that we made some mistakes - it was great to get out and play,’ are both things you may have heard your PE teacher or team coach say. The abstract notion that playing just simply wouldn’t be possible would have been nothing more than a passing thought.

We are all too aware of the many devastating and negative effects of this pandemic. From a school sport perspective, pupils and staff have missed competitive play and everything that is wrapped up in a fixtures' programme; the social, emotional, and intellectual aspects of sport. Despite the ability to be able to play football throughout the Christmas term, with no matches to look forward to, training in Games sessions started to lack a little bite.

This time last year, we were still in the midst of a rugby and hockey season. It was our last ‘normal’ season. Before it was curtailed, Colts A did manage to win the Oakwood 7s, we had four boys in Hampshire cricket squads and had two boys offered sports scholarships.

The Christmas term prior, all teams from 1sts to 5ths had winning seasons. The 1st XI were unbeaten from 25 September and the 4ths had an unbeaten season.

The 5ths also enjoyed wins over Twyford and Farleigh and had 36 boys represent them over the course of the season. A couple of times we had three teams playing at once under the 5ths banner - making this effectively seven senior teams at U12 and U13.

Colts A (U11), also enjoyed a winning season and competed in the ISFA tournament at Bedales, progressing to the semi-finals.

As we approach the summer term, we’re hopeful of some inter-school cricket. Back in the summer of 2019, our current U12s had maintained an unbeaten run over their U9 and U10 summers, winning 13 and drawing 1 match.

The U12A also won all their games in the Winchester College 7 a-side tournament, which they won. The 1st XI won six of their eight matches.

The U12 Clay Pigeon Shooting team were runners-up in the IAPS competition, with the second highest individual score on the day. Not bad for a Choir School.

We have a lot planned for the summer term, but just quite what will be possible, we don’t know yet. We’re proud of our recent sporting achievement and that extends to our desire to provide a positive sport experience for all. Football is very accessible, leading to multiple teams at all levels, with pupils enjoying the involvement. Rugby and cricket are a little different. Having five teams at U13 might lead to inclusion, but not of the enjoyable kind for all. We have plans to broaden this scope, which we hope to start developing when we are able to do so.

There has been a flip side to this situation. The absence of pressure for match preparation has allowed us, as a colleague at another school put it, to put the physical back into education. The absence of player on player pressure has allowed determined individuals a golden period of skill development. I’m thinking of Donald Bradman practising his hand-eye co-ordination by hitting a golf ball against the wall with a cricket stump. Innovation and ingenuity have flourished and will leave a lasting legacy. I hope, as we emerge from this, we can look forward to the best of both worlds.

Thanks to all pupils, parents and staff who have competed in the Inter Set running challenge. The response has been fantastic and lots have said how it helped to motivate them to get out in this chilly weather. That said, clearly some are out running a LOT as there were some absolutely outstanding times - well done. In each section, I’m awarding first, second and third for quickest average pace time/km and a special mention for the best represented Set.

Watch out for the next challenge after half-term - I hope you have a good week.