To be a Pilgrim is to be delighted, Episode 28

During my assembly on Monday all the Pilgrims were delighted that we were able to go over to our roving reporters in Reception who relayed (I love a little alliteration) to us the latest news and video of the six chicks who hatched and have been living for the last week in their classroom. The chicks have grown so much and were literally spreading their wings. The chicks have now left for half-term to go to their forever homes. With many thanks from the boys to Mrs Walker who took Muffin, Puffin and Mr Speed? and to Mr and Mrs Burnand, Peter, Walter and Patrick who took and will name the other three.

Goodbye, chicks! We look forward to hearing how you are getting on. 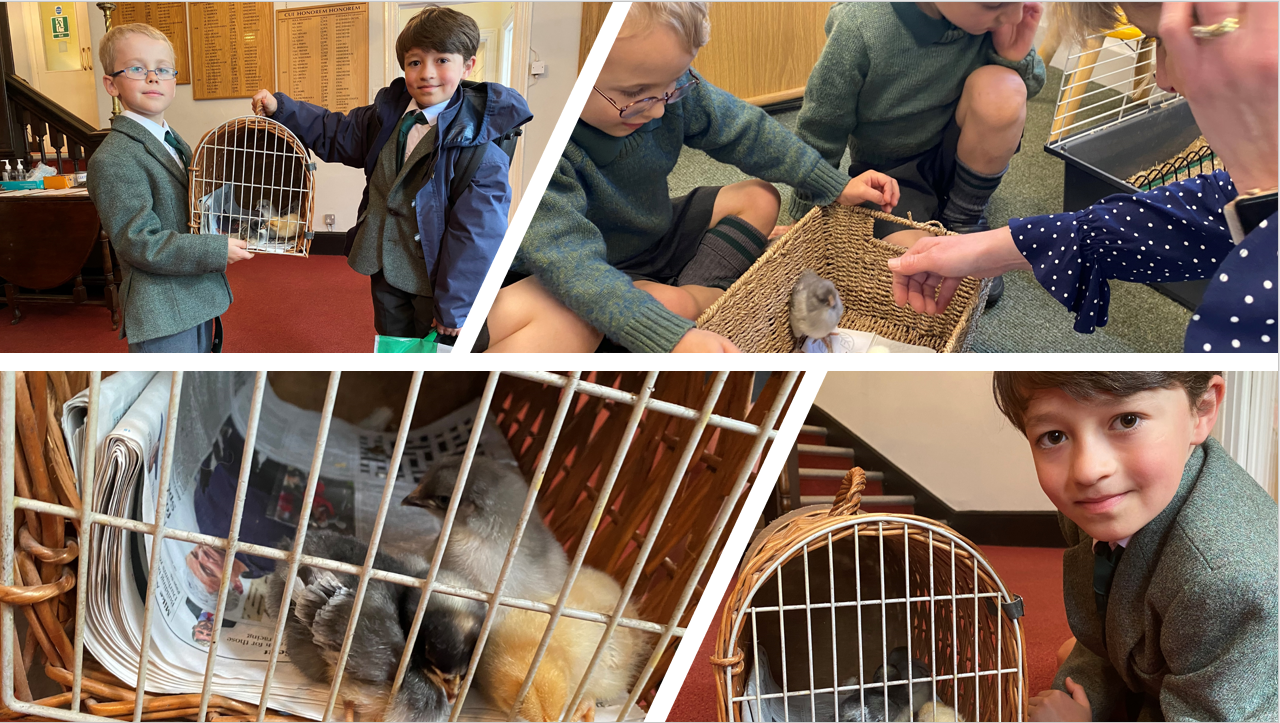 The six eggs laid by the pair of swans who made a beautiful nest by the side of the footpath on the Itchen near the College have hatched! The male swan has been protecting his brood very conscientiously - patrolling a long stretch of the river and keeping a watchful eye out for threats. The Itchen cygnets are just as gorgeous as the Pilgrims’ chicks as you can see below.

On 19 May we were really saddened to hear that the male Peregrine falcon (named Chester) who had been nesting in a gully on the roof of the Cathedral had been found dead. The specialist postmortem - normal when a rare bird of prey dies like this – revealed that he was underweight and unwell. Keith Betton from the Hampshire Ornithological Society writes a Peregrine Diary on the Cathedral website to update us regularly with how the Peregrines are progressing at this link: https://www.winchester-cathedral.org.uk/2020-peregrine-diary/.

Chester and his mate, Winnie, had three chicks almost six weeks ago. Winnie and the chicks are doing well. Keith wrote after Chester’s death, “Since Chester paired up with Winnie in 2011, he fathered 25 chicks to the flying stage (15 of these at the Cathedral), so although this news is very sad, he has more than replaced himself on the planet, and has helped his species recover from the days when Peregrines were extremely rare.” Keith and the Cathedral staff will continue to monitor the nest to make sure that should Winnie or the chicks get into difficulties they can intervene. This is a picture of Chester feeding a chick.

And a final delight. After over 100 individual auditions in Years 6-8 class music lessons, this morning I was thrilled and delighted by 26 outstanding performances in the Inter-Set Solo Competition Senior Final. These boys represented all five Sets. The competition was in three parts (the three year groups) with all the boys in that year group bubble watching. The event was expertly adjudicated by Mark Shepherd, Director of Music at Charterhouse, who commented thoughtfully on each of the performances. Mark was very impressed by the quality of the field and found it very difficult to separate the boys. However, he managed – just.

In Year 6, the Monks led the pack with Dom KS winning on the oboe. The runners-up were two Saxons (Nikhil D, oboe, and Kelsey M, flute) and a Norman (Tristan Z, piano). All were excellent and Nikhil D was particularly courageous as he had perform on a borrowed oboe with a new reed to boot. In Year 7, the Saxons pulled ahead when Nye B won on the xylophone. In Year 7 the runners-up were a Saxon (Felix C, trombone), as well as a Norman (Thomas E, trumpet), a Roman (Abbas A, clarinet) and a Wren (Christopher H, cello). In Year 8, the Saxons (Thomas G, cello) and the Monks (Shane S, trombone) were both runners-up. In a very competitive final, the Wrens pulled ahead with two pianists, David W and Oli S, winning. Well done, all! What a delight it was to hear and see you perform!

We are now looking forward to the Junior Stage of the competition, which will culminate in the Junior Final the third week after half-term. The final totals for the Inter-Set Solo Competition will be revealed at the end of term. The last decade has seen an extraordinary run from the Romans and Saxons. Can the Normans, Monks or Wrens break the deadlock?!

Have a good half-term, all!