The official opening of the Julian Smith Song School took place on the morning of Sunday 17th October. This new rehearsal space for Winchester College’s sixteen Quiristers is situated within the newly-converted First Chamber in Chamber Court, adjacent to the Chapel. The project was master-minded by the Headmaster of the College, Dr. Tim Hands.

The opening ceremony followed a service of Choral Matins sung in Chapel by the Quiristers with Chapel Choir. Head Quirister Laurie Sawbridge was the outstanding soloist in Britten’s Festival Te Deum. The large gathering of Old Wykehamists, donors, friends and Quiristers’ families - together with Julian’s immediate family - assembled in Chamber Court after the service. (photo included with caption: David Woolley QC Quirister (1950-53) and Scholar (1953-57) and Nick Wilks, former Quirister, now Second Master of Winchester College and Governor of Pilgrims'.)

Julian's wife, Fiona (who is as it happens, is The Pilgrims' School's longest serving Visiting Music Teacher), officially cut the ribbon, with assistance from Professor Simon Halsey CBE, one of Winchester College's most distinguished OW musicians, and a former pupil of Julian’s. (photo included)

The Headmaster, Dr Tim Hands, thanked all the donors for their generosity and, typically, introduced Fiona with affectionate mirth.

The Quiristers were proud to sing for this special occasion, and four of the five Qs who are currently learning cello or piano with Fiona were pleased to be photographed with her. (photo included).

“Fiona’s great generosity and that of other donors have enabled this dedicated Q headquarters to be brought to fruition. Venturing inside, we found three long oak music desks newly created by the College joiner and emblazoned with the College arms: they surround the new grand piano. Carved panels once in the Chapel and recently found in Old Mill have been beautifully restored, and contain works commissioned by Fiona, one by the Winchester-based wood-sculptor Alex Jones. His virtuosic high-relief composition of an assembly of musical instruments will remind Quiristers present and to come of the significance of six centuries of their unique tradition.”

Julian, who died in February 2019, enjoyed a career at Winchester College which lasted from 1953 until 2012, an unprecedented tenure. For 39 of those nearly-sixty years Julian (as a professional singer and winner of the Baritone Prize at the Guildhall School) trained the Quiristers, also being in charge of Chantry Choir for 13 years, and then St Michael’s Choir for the next 13 years, finishing as the Director of Chapel Music for his final full-time 13 years. He was then asked to stay for another 20 years as a visiting singing teacher. It is a fitting tribute to his lasting legacy that this new Song School has been dedicated to him. 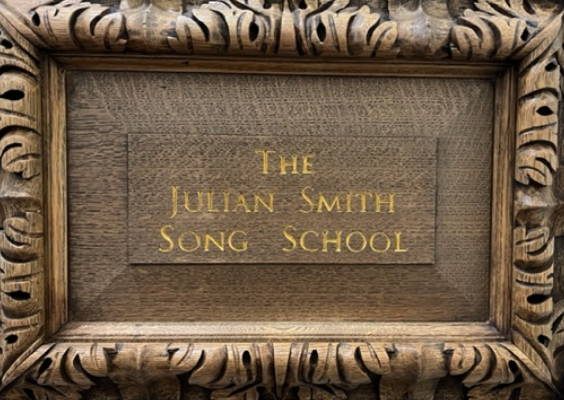 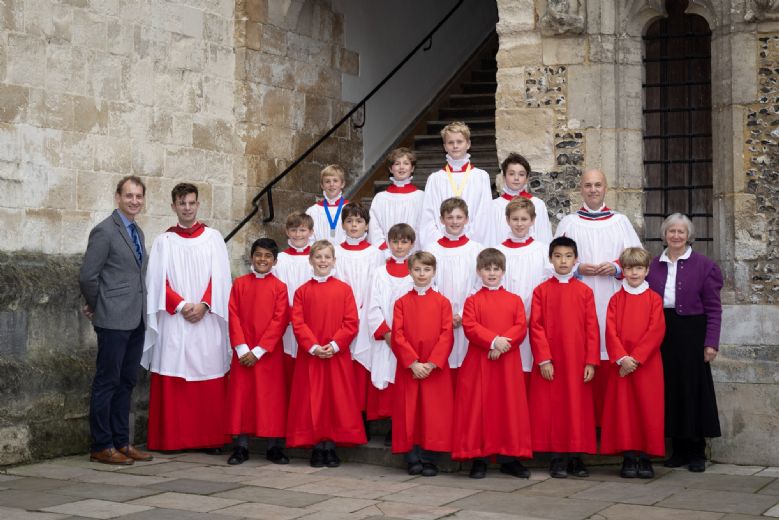 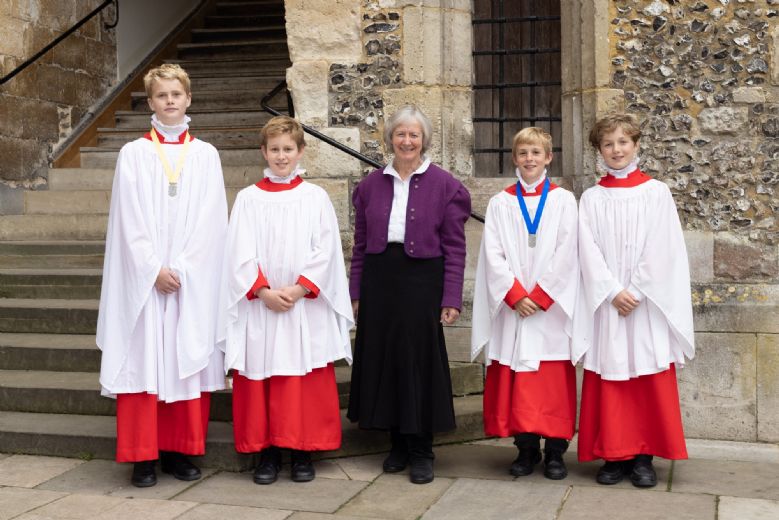 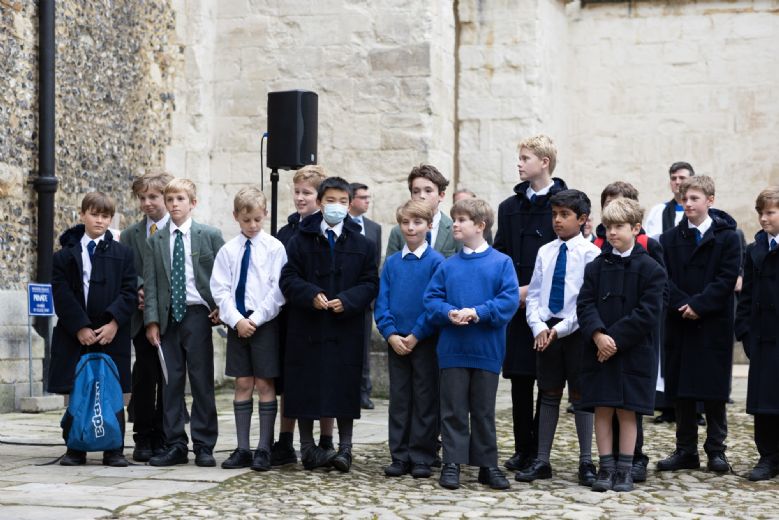 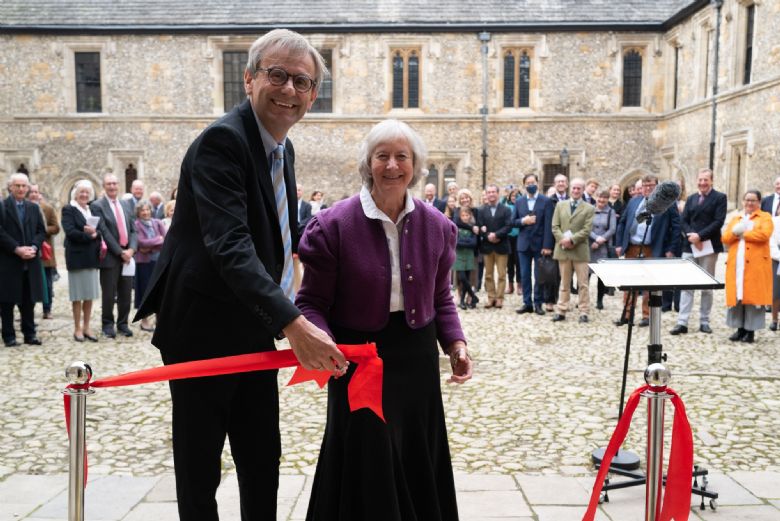 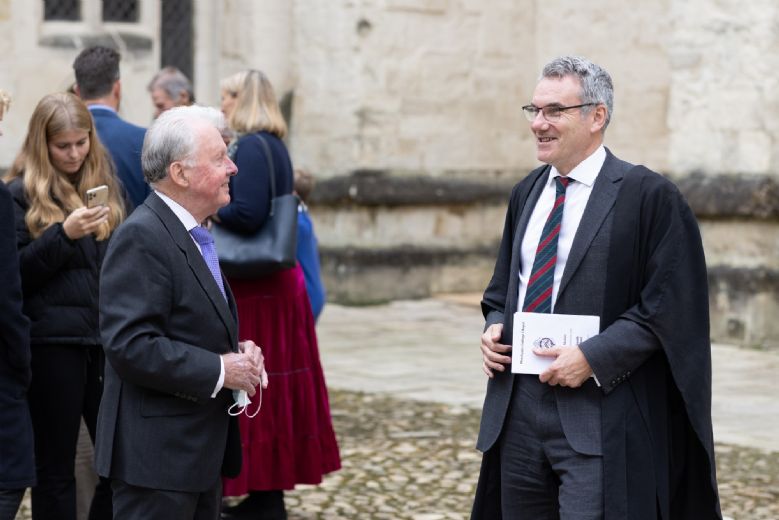 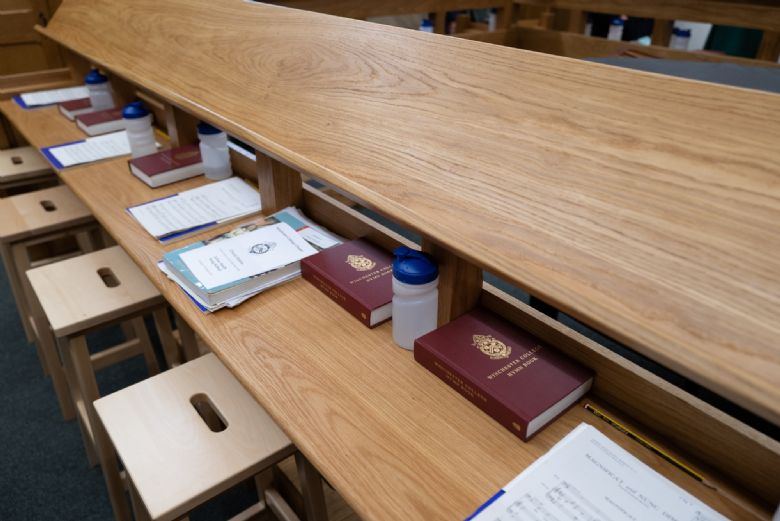